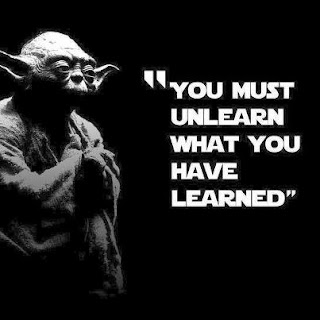 The illusion of the ordinary (coarse, mundane) view is generated in the cognitive mind. The primary driver of the illusion is the mind's general contraction to create a conceptual perception of 'self'.  This 'self' is a product of the mind constructed from limited sensory data, memory, programming, indoctrination, emotion, desire, and imagination.  In short, it is insubstantial.

Our primary perception of the material universe is a product of our mind's processing of the sensory data it receives.  Yet, we know that the data available to the mind is limited.  Even under optimal conditions, our eyes see only a small portion of the light spectrum yielding limited resolution, our ears hear only a small range of mechanical vibration frequencies and amplitudes - our smell, taste, and touch senses are similarly limited.  Still, the mind constructs a model of the material world that it presents to itself as our core reality -- a sensory consciousness.

If the mind left it there, our awareness might have a reasonably accurate view of the world within the limitations of primary perception.  But, it attempts to compensate for the limited data by filling in the data gaps using experience (much of it inaccurate), hard-wire instructions (instincts that are often outdated), training, indoctrination and extrapolation.

Still, the mind could function reasonably as a programmable model-rendering application operating in a powerful, dynamic computer to display an objective, though error-prone, rendering of the immediate environment.  But, it doesn't stop there.  It develops and is then influenced greatly by the sense of a 'self''.  From 'self'' comes a gross deterioration of mind consciousness - delusions created by emotions such as fear, greed, regret, pride and anger - the insecurities and desires we experience as humans.  Then, there are the delusions that come to us from 'other' - our training, indoctrination, and judgment from 'other' who, generally lost in their own  illusions, inflict their own sense of 'self' onto us.

Ordinary awakening, a level of realization, occurs when the mind's ordinary conceptual perspective of 'self' is challenged and discarded. It's very simplistic at some levels, but the realization is profound and the experience can be transformational because stepping out of the ordinary view is to step out of our uncommon reality - uncommon because each 'self' is skewed to create a different conceptual reality.   Awakening from the ordinary view is a shift to an expanded perception beyond 'self' and 'other' (observer and object) that recognizes the insubstantial (empty) content of our ordinary world view.  The egocentric 'self'' consciousness that is limited by self-identity within its sensory-based material world of time and space is transcended.

In esoteric terms, the shift is from you to the God within you, without religious dogmas, indoctrination, and free of egoic self-importance.  It is that which is I am that I am.  "You" were a mental construct within "me", created by "me", and projected from "me" to be observed by "me".

Letting go of the ordinary view is so deceptively simple that it is easily derailed.   Elaborate pathways construct abstractions within the mind so quickly that the opportunity to correct the view is generally missed.  Even subtle errors can lead to gross distortions through the mind's proliferative nature.  Cascades of mental events can be triggered by minor misinterpretations.

The shift in perspective leads to a flow of further realizations that flood the mind with new insights.  Trying to remember them is futile though there is soon a realization that there is nothing to remember.  The expanded state is concerned with the present moment and this gives one access to information as the need arises.  Shifting to the present moment yields a heightened sense of awareness.  Energy is not bound by regrets of the past or the anxiety of a prospective future.  Trust in the flow yields the freedom that is often referred to by spiritual teachers.

As one unravels the mind, one is left with the feeling of being a Stranger in a Strange Land- a feeling of disorientation accompanied by a transient euphoria.  There was concern that one has entered into another artificial construct - which reality is real?  There was an uncertainty of what to do in even simple situations.  Yet, the old paradigm that is focused tangibly on the physical world is obviously archaic in the expanded view.  There is no going back without permitting a re-collapse of consciousness.

The perspective has always been there.  We've touched on the experience when the mind was still.  It gets overwhelmed by sense consciousness and pushed aside by the strategic mind that thinks it will improve upon fundamental reality.  One must quiet the mind to allow awareness beyond the bounds of rational thought.  It's one of those tricky things where you can't get there by "trying" - rather, allow intensely.

Having the intellectual understanding of this is important, but it also hampers the realization as the intellect will conceptualize the process and permit the ego to either discount it or latch onto it to claim it as its own.  Yet, the process of realization in the ordinary awakening occurs outside of mind consciousness.  Ego and conceptualization constantly reappear in many forms with varying degrees of cleverness and subtlety.  There was the recurring question, "Why didn't I realize this before?"  It was 'self' coming in to feel embarrassed that it didn't know everything - kind of an apology to itself in a way that asks to be let back in.  Then it would strengthen to claim, "Now, we're the enlightened one."   Observe some of the charismatic spiritual leaders and you may notice this one.   Laziness also appears, as if there's no more work to do.  There are many slippery attempts to contract back into an egocentric perspective and one must be very diligent to protect against them.

Holding the view becomes the practice.  There are still old ingrained patterns and triggers (kilesas, in Buddhist terms) that provoke the mind to contract in an instant.  One must stay present in a new world.

There is no path to Nirvana. Nirvana is the path.

For me, there was a path to such a level of realization through examining the emptiness of form and 'self' within stillness of the mind.  There are many other paths that lead to the same place.  The facts had been there, but the process induced by re-orienting the mind to experience its own insubstantial essence was profound.  Also, there is an interesting distinction between the two paths of "heart" and "mind" of Buddhist psychology.  The Sutras teach compassion to reach selflessness through acts of respect, kindness and generosity while the path through the mind points out an understanding within the experience of selflessness.  Such differences, in the end, may make little difference.   Thich Nhat Hanh's message above is a multifaceted gem that seems to point to the important fact that one can access Nirvana from anywhere in the present moment - it's not "over there" somewhere to be found at a future time.  It's Zen style, with layers of subtle significance, can be frustratingly simplistic when one can't see the path one is standing on.

In that piercing the illusion feels like a re-birth of consciousness, I found the following inviting for a second chance to learn:

"Everything in life comes to you as a teacher," said an old Cherokee woman to her grandson.  "Pay attention.  Learn quickly."


Disclaimer:  Walk your own truth.