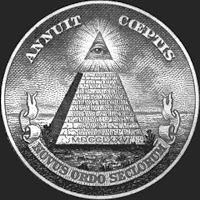 It is well enough that people of the nation do not understand our banking and monetary system, for if they did, I believe there would be a revolution before tomorrow morning.


I noticed a large pile of oyster shells as I walked along a shoreline in northern Maine a few years ago.  I remembered hearing about shells once being used as a monetary exchange in some native cultures.  I thought to myself, "If I lived in a culture where sea shells were used for money, I would want to live on the seashore."  Today, it isn't so easy.  Now, the Federal Reserve System owns all of the allegorical beach-front property in the U.S.

Most people assume that the Federal Reserve banks are institutions of the United States Government. They are not.  THE U. S. FEDERAL RESERVE BANK IS A PRIVATELY OWNED CORPORATION.  It is listed in the white pages of the Washington DC phone book - next to Federal Express.   “Article 1, Section 8 of the Constitution states that Congress shall have the power to coin (create) money and regulate the value thereof…”.  Yet, the Independent Treasury Act of 1920 suspended the de jure (meaning “by right of legal establishment”) Treasury Department of the United States government. Our Congress turned the treasury department over to a private corporation, the Federal Reserve and their agents.

The bulk of the ownership of the Federal Reserve System, a very well kept secret from the American Citizen, is held largely by these banking interests - NONE is held by the United States Treasury:

"There is no agency of government that can over-rule actions that we take."

"The great monopoly in this country is the monopoly of big credits. So long as that exists, our old variety and freedom and individual energy of development are out of the question. A great industrial nation is controlled by its system of credit. Our system of credit is privately concentrated. The growth of the nation, therefore, and all our activities are in the hands of a few men who, even if their action be honest and intended for the public interest, are necessarily concentrated upon the great undertakings in which their own money is involved and who necessarily, by very reason of their own limitations, chill and check and destroy genuine economic freedom. This is the greatest question of all, and to this statement must address themselves with an earnest determination to serve the long future and the true liberties of men.

"This money trust, or, as it should be more properly called, this credit trust, of which Congress has begun an investigation, is no myth; it is no imaginary thing. It is not an ordinary trust like another. It doesn't do business every day. It does business only when there is occasion to do business. You can sometimes do something large when it isn't watching, but when it is watching, you can't do much. And I have seen men squeezed by it; I have seen men who, as they themselves expressed it, were put "out of business by Wall Street," because Wall Street found them inconvenient and didn't want their competition. "


Woodrow Wilson
The New Freedom:  A Call for the Emancipation of the Generous Energies of a People
1913 (the year of the creation of the Federal Reserve Bank)

"[The banks] are still the most powerful lobby on Capitol Hill, and they, frankly, own the place."


The Federal Reserve System is a private cartel sanctioned by our federal government.  A cartel is a cooperative of companies that don't want to compete with each other.  They come up with cartel agreements - not unlike those of the oil cartels and the diamond cartel - to manage and protect their own interests.  The typical weakness inherent in a cartel is that is can be difficult to enforce the agreements it makes within its membership.  Thus, cleverly, the Federal Reserve Act brought the government in to enforce the interests of the banking cartel.

We all know that our dollar is no longer backed by gold or silver or ANY other physical resource, commodity or substantive value.   It is, by definition, "fiat" money  - money that derives its value from government regulation or law rather than intrinsic value.  It has no value other than what the government represents it to be.  With the U. S. dollar devoid of any intrinsic value, these private banks have the power to create or tighten money without oversight of congress.  Like the adage, they simply print more money when the private cartel decides it's needed.  It's a nice family business - if you are part of the family.

Which families?  Perhaps, we can look at the Rothschilds, Rockefellers, Morgans and Carnegies along with Harrimans, Schiffs and Warburgs who have controlled world wealth for generations.  Notables that arise within this club are David Rockefeller, James Wolfensohn (former World Bank President), Queen Beatrix of the Netherlands, and Richard Haas.  I wasn't able to reach any of them for comment, but they are each welcome to respond in the comments section below.  I'm simply going on what has been reported by those who may know more or less than I because this is a highly secretive business - there really isn't any public information available. 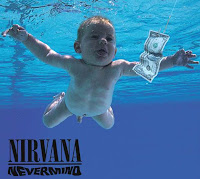 Capitalism has succumbed to greed and exploitation.  Democracy is a thin veil of illusion.  Our government is not run by the will of the people.  It is run by large corporations; the large corporations are run by the large banks; and the banks are run by the Federal Reserve and the International Monetary Fund which are owned by the large world banks and the families that control them.  If you care to know why the world is not thriving in abundance, look to the top of the pyramid - look to those who control the money.  Unfortunately, you won't be able to find them - they live in secrecy.

Superficially, there was a good argument made by the bankers in support of the Federal Reserve Act passed in 1913.  Promoters argued that the money supply is too important to be subjected to the politics of our government.  That made me stop and think, "Who should control the money?"  While we shudder at the inefficiency of our government, it is the democratic principles upon which we operate.  The political system - bad as it is - oversees nearly every other aspect of our lives, including the important stuff like medical research and foreign wars.  It should also find a way to subjugate the money supply to the democratic process.  What they've done with the Federal Reserve Bank is much like our government saying they can't manage foreign wars, so they empower a cartel of the largest military contractors to decide which wars are to be fought and how long they should last.

According to the Foreign Banking Act, December 24, 1919, section 43 and section 25, the Federal Reserve Bank charter apparently expires on December 24, 2012 -- 99 years after it was enacted on December 24, 1913.   It's interesting that we haven't heard much about this auspicious event on the horizon in the mainstream media.  It will be important to watch this closely.  If there is an expiration of the current charter, there will be an effort made to renew it or - worse - replace it with something giving further free reign to the large banking interests.  They will want to pass the legislation quietly -- something tells me that it's already been passed in principle.  Yet, there is such concern over this by a few that it will likely soon become a flash point of contention in our nation and in the world.  Watch closely - it may be another 99 years before we can have anything more to say about it.

Much of the inspiration for this article was derived from "Thrive:  What on Earth Will It Take?" - a 2-hour documentary that covers a broad range of topics and ends up with a focus on political and financial corruption.  I watched it for the third time a few weekends ago at a private showing with its creator Foster Gamble.  Gamble, a direct heir to the Proctor and Gamble legacy, seems to be using his ties and influence to call attention to what's going on in our world and asks (I paraphrase), "With all of our technology and world resources, why are we not thriving in abundance?".  I then went home and watched "Thrive" for a 4th time!  What's important about the documentary is not that it presents new ideas, but that it brings convincing credibility to many of the issues most of us haven't taken the time to investigate for ourselves.  Gamble and his colleagues go as far as to say that these private banking families have usurped the world money supply as a means of controlling the world's governments and corporations with clear intent for nothing less than world domination by a few families.  The  banking and Federal Reserve System issues are only a part of the concern raised, but it seems (to me) to be a fundamental issue that needs to be addressed.  "The world is waking up" is their slogan.  If the "Fed" doesn't cause you concern, you might want to set your alarm. 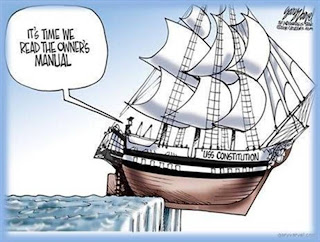 Most of us consider banking a mundane and innocuous part of capitalism.  We think we understand the concepts whereby we take out a loan for something we want now, but can't afford, and repay the loan later with interest.  It seems to work to enable us to go about our daily lives.  We're too busy paying for mortgages, car loans, educational loans, business loans, etc. to have time to dig into this.  If we play by the system, we can get a nice house with a nice car parked in front.  Our current capitalistic system rewards (some of) those who pledge theirs lives to it by working hard, but it most abundantly and escessively rewards those who control the resources.


I don't pretend to understand it all, but I think that's due more to lack of information and transparency than to the complexity of the system.  It's time to acquaint ourselves with how the system actually works.  Wake up ... and smell the debt!  Wake up - to self-imposed, externally coerced, slavery.  There are the many who work hard and honestly to build the country and the few who reap the rewards.
Posted by Lee Jensen