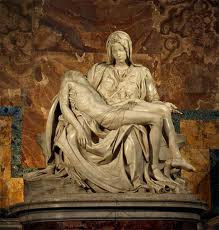 **DRAFT**
This article is unfinished

There are no others.
- Ramona Maharshi


Carl Jung described what he called the collective unconscious - that realm just beyond our conscious awareness that seems to tie us together.  It exists within our culture, or past cultures passed forward, feeding off our personal unconsciousness in a self-sustaining cycle of persuasion.  Because it exists at the subconscious level, it can be very difficult to catch.

Those of us who are not psychologists might need a little background.  According to Jung:


"In addition to the personal unconscious generally accepted by medical psychology, the existence of a second psychic system of a universal and impersonal nature is postulated. This collective unconscious is considered to consist of preexistent thought forms, called archetypes, which give form to certain psychic material which then enters the conscious. Archetypes are likened to instinctual behavior patterns. Examples of ideas such as the concept of rebirth, which occur independently in various cultures and ages, are advanced as evidence for the collective unconscious. It is felt that there are as many archetypes as there are recurring situations in life, that when a situation occurs that corresponds to a particular archetype, the archetype presses for completion like an instinctual drive; resistance to its expression may result in neurosis. The existence of archetypes is demonstrated in the analysis of adult and childhood dreams, active imagination, psychotic delusions, and fantasies produced in the trance state."

"Archetypal images expressed in religious dogma in particular are thoroughly elaborated into formalized structures which, while by expressing the unconscious in a circuitous manner, prevent direct confrontation with it. Since the Protestant Reformation rejected nearly all of the carefully constructed symbol structures, man has felt increasingly isolated and alone without his gods; at a loss to replenish his externalized symbols, he must turn to their source in the unconscious.  The search into the unconscious involves confronting the shadow, man's hidden nature; the anima/animus, a hidden opposite gender in each individual; and beyond, the archetype of meaning. These are archetypes susceptible to personification; the archetypes of transformation, which express the process of individuation itself, are manifested in situations. As archetypes penetrate consciousness, they influence the perceived experience of normal and neurotic people; a too powerful archetype may totally possess the individual and cause psychosis. The therapeutic process takes the unconscious archetypes into account in two ways: they are made as fully conscious as possible, then synthesized with the conscious by recognition and acceptance. It is observed that since modern man has a highly developed ability to dissociate, simple recognition may not be followed by appropriate action; it is thus felt that moral judgment and counsel is often required in the course of treatment." (ref: Collected Works of C. G. Jung, Vol. 9, Part 1. 2nd ed., Princeton University Press, 1968. 451 p. (p. 3-53)).

Jung's terminology comes from the perspective of the human experience in conscious awareness.  Yet, from the realm of the larger consciousness, we tend to exist in a rather unconscious (semiconscious) and uncollective realm - the realm of mind and ego.  Jung's collective unconscious seems to equate with the outer boundaries of the greater (God) Consciousness.  Separated from the human mind and it's ego, this realm is removed from our ordinary experience.

Hindu tradition describes our individual egos as like islands in a sea that are connected beneath the water at the sea floor.  We look at each other and think we are separate entities.  The outer world is the illusion (Maya). It has no reality of its own. Our individual egos (jivatman) are individual souls. But they, too, are an illusion. We are all actually extensions of the One (Atman or God), who allows bits of himself to forget his identity, to become apparently separate and independent, an individual. Yet, we are never separate. According to Hindu tradition, we wake up when we die to realize that we were God from the beginning.  When we dream or meditate, we sink into our personal unconscious, coming closer and closer to our true selves, the collective unconscious. In such states, we are especially open to "communications" from other egos. Synchronicity makes Jung's theory not only compatible with para-psychological phenomena, but actually tries to explain them.  The doctrines of the Kabbalah describe a similar oneness posing within a sea of individual illusions.

The link between the conscious and subconscious seems to be via imagery and intuition rather than intellect.  We don't seem to be able to understand the subconscious, but we access it through dreams, meditations, and entheogens.  This seems to be the basis of Freud's interest in dreams. 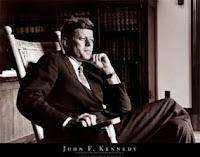 Religious deities appear to be archetypes manifested by the collective unconscious.  Our subconscious desire to align with our illusions of "good" motivates us to triumph over our illusions of "evil".  Our political leaders are archetypes of what we have chosen to be elected - whether or not they bear semblance to the actual person elected.  Elections of leaders (JFK experience) - the Camelot years of the whitehouse were, in retrospect, a carefully orchestrated illusion that bore little semblance to the the actual egoic characters of those involved.  Buddhist meditation.  (Channeling)

The common question is whether or not archetypes have a basis in reality -- assuming we can be at all objective about reality.

Within the collective unconscious is a common image of a better world, a loving god, and a perfect family; a belief that good will triumph over evil; a fear of being attacked by a wild animal; a common enemy.

Does it serve us?

Frustratingly, such things can not be explained fully by rational thinking. 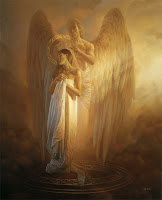 As importantly, archetypes become lifeforms that embody us.  We're run by these entities of illusion from the unconscious level.  The ideas taught to us in school or by our parents easily hide in our subconscious and arise later to embody us.  We act on them as if they are a part of us.  It's important to notice them and identify them as they become indistinguishable from reality.  I think it is the essence of many things we call spirit - the unconscious feeding us bits of vague information that is aligned with a story or other thought process. 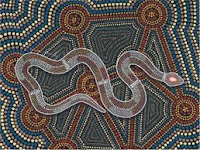 We need to stay aware of where are messages are coming from.  Do they represent a collective ideal to be manifested or are they a form of suppressive misinformation? 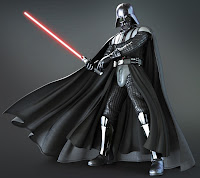 According to Joseph Campbell, "The highest concern of all the mythologies, ceremonials, ethical systems, and social organization of the agriculturally based societies has been that of suppressing the manifestation of the individualism; and this has been generally achieved by compelling or persuading people to identify themselves not with their own interests, intuitions, or modes of experience, but with the archetypes of behavior and systems of sentiment developed and maintained in the public domain." (Masks of God: Primitive Mythology, pg. 240)

The collective unconscious tends to give us powerful images to admire and even hold sacred.  This is the realm of the gods and icons of good and evil.  The symbols that are brought back into consciousness are powerful.  Yet, they are often distorted and misused in consciousness by religious and political systems.  The symbols we see in the subconscious are often not matched in the conscious.  We often don't like what we see in our illusion of reality.

Thus, the human experience nearly always falls short of the greater consciousness.  The human collective seems to average out our collective personal consciousnesses.  Our electoral systems might be illustrative.   Here we are influenced by things such as media and other social networking or propaganda.   The results can be disturbing to many until we realize that our elected leaders are often a manifestation of our average and rarely our the ideals we strive for.    Yet, we can't escape the collective -- we are all part of it.  To raise it, we must not only raise our own consciousness, but also that of the collective.  We are in this together and can not escape our involvement in the collective.