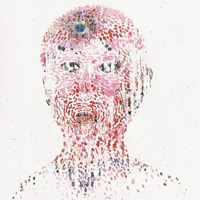 -- Tibetan Book of the Dead

The tough decision was made -- let it die.  How much harder can it get?  Yet, it was just the beginning, albeit of the next life.  Now, the Bardo - the void between that past life and the next - the intermediate existence.  It's a time for reflection, purification.  The fires still rage.  It's frightening.  Empty moments compel an autonomic reflex to reach back, but there's nothing there, nothing.  It's just as well -- going back would be failure without atonement -- push further into the void.

In the mundane, the past couple weeks were spent in Ojai.  We stayed on a beautiful estate with a group of conscious entrepreneurs - ceremonies, giving and receiving.  The planets aligned with the center of the universe on the winter solstice to produce a full eclipse of the moon -- a rare and, to some, significant event.  Most notable was experiencing an awareness of Christ Energy -- unmistakable, intense, golden light body.  It's in us all -- the bright light that powers us.  Then, Christmas in Venice and 3 1/2 hours in a sensory deprivation tank the day following.  New Years Eve was spent with Santo Daime near Santa Cruz until 4 AM, there, the realization of Bardo.

The difficulty has been in finding solid ground - there doesn't seem to be any -- it was an illusion.  There are many travel plans that coexist with a realization that there is no place to go - no place superior to where I am now.  I find all that I require.  Still, there's an opportunity to experience and expand the horizon.

The body continues to purify.  Now a raw diet of eggs, milk, yogurt, grains, fruits, vegetables -- raw Bison!  Of course, sashimi remains the long-standing favored treat. The increased energy was noticeable immediately.   Unfortunately, "raw" is so expensive -- fresh, unprocessed foods, what every other animal eats, has become a rarity in our technological, mass-production society.

The mind still gravitates to the intellect.  Lots of reading:  Carl Jung, Kaballah, Adi Da, and A Course in Miracles.  More information reinforces the same basic concepts hidden within those that are more complex.  I trust that the pieces are flowing into place.  Trusting the universe fully is the profound challenge.
Posted by Lee Jensen