While raising investment capital for a business I started several years ago, I was pressured to step aside and allow the investors to bring in a professional CEO.  As founder, I resisted though I knew it was common at that stage of growth and had expected the issue to come up.  A couple investors took me aside. "You're a scientist and you're too honest," was one of the arguments.  "A good CEO lies so well that he believes himself.  He doesn't even know that he's lying."   "We want someone with a big ego," was another aurguement.  "Someone who will stop at nothing to make this work."  Huh!  And they call these guys "Angel" investors.   To be fair, in retrospect, I wasn't qualified to lead a larger company at that time.  Yet, I'm still surprised at the reasoning they offered me.   Nevertheless, I managed to hang onto the CEO role, close the angel round, and go on later to close a venture round of financing.  I found that these sorts of pressures were always present.  The investors were narrowly focused on ROI.  "They aren't in it to change the world," a friend who was a seasoned CEO explained to me.  "They would donate to a charity if there was a cause they wanted to support." 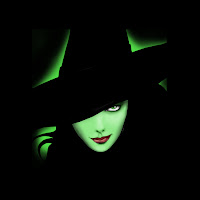 I attended a weekend seminar in San Francisco for men a few years ago.  It was given by a group of 10 women who promised to "give up their game" for the purpose of showing men how to better understand women and therefore find more mutual understanding across gender lines -- a worthy goal, it seemed at the time.  At one point, the leader asked each man present what was the most important quality to them in a relationship.  When the question was posed to me, my heart-felt reply was, "Integrity."   A knowing smile appeared on the woman's face as she informed us that this was a common contention between men and women.  "Men tend to have a rigid view of integrity - they view it as black or white," she explained.  "But, for women, it's more fluid.  Women are skilled at bending the truth to fit their needs and men find this very upsetting."   I was stunned to hear such a taboo statement from a woman.  This was shortly after my divorce and I still harbored feelings of betrayal by Karen's trade of honesty for dollars in the settlement process.  "It's one of the biggest issues that comes up between men and women," she continued.  "In a male-dominated society, women have had to learn to manipulate men to get what they need -- and," she smiled with a glint in her eye, "we've become very good at it.  Women have passed down their secrets of manipulation from generation to generation for thousands of years."  Wow!  The words resonated down my spine despite their obvious generality and lack of political correctness.  I ended up having a great time with these women and returned to hang out at their Urban Retreat Center off and on for several months.
When I worked as a researcher at the University of California San Francisco, I struggled to get a grant that would allow me to begin my own laboratory.  I worked day and night.  It was a project that I had designed and brought with me from Stanford -- and that project relied on a neuronal cell culture method that I developed at UC Berkeley.  Even though it is public work done in the public interest, scientists get very possessive about the projects on which they work so hard -- without legal protections, scientists rely heavily on ethical conduct because "Nowhere more than academics do so many fight so hard for so little."  I discovered one day that two more senior faculty members, Mark Israel and Bill Mobley, had submitted a grant application based on my work to the NIH -- without either bothering to tell me.  I went to Bill and suggested that we all work together on the project since we shared an interest in it.  "We can't do that," he replied as if he thought I might actually agree with his reasoning.  "If you work on the project, people will think it's your work.  I need this for my laboratory."  To make a long story short, they were funded and I wasn't. I left UCSF after much protest, but short of filing a formal complaint (or lawsuit).

I wrote these (true) accounts as an opening for an article about integrity -- examples to support a premise that there's a lack of it everywhere.  I have lots of others I could tell.  I don't remember what the inspiration was -- I was probably feeling disgusted by BP's oil spill in the Gulf of Mexico or the Wall Street bankers' multi-million dollar bonuses following their bailout.  Yet, something didn't feel right about what I was saying and I thought about it more.

I realized that these are just stories -- the types of stories people tend to carry around with them as psychic junk.  From within a rich life, a person can find stories to support almost any point of view.  If one wants to make the point that life in the human realm lacks integrity, it's probably easy for any of us to come up with personal stories to support that view.  I could just as easily write about stories that would indicate there is an abundance of integrity in this world.  It's all there if one looks for it without cloaking it in personal drama.

It's easy to identify Self' with the stories -- holding a piece of the past as if it were a part of the present.  The stories can be about any topic or any memory - real or imagined.  What's important is that they begin to control us.  They shift our energies and become a part of our ego.  Stories like the ones above start to run when I'm feeling upset with an unjust world.   If you're not already there, telling yourself such stories will solidify your belief that the world lacks integrity.  It's much like tuning a vibrational instrument.   Your being aligns to the resonance of the story through entrainment.

I didn't intend to vilify the investors -- most could be your friend or family member.  It's simply capitalism at some refined, though unconscious, level.  It's part of our culture that is beginning to change -- perhaps in time to save ourselves, perhaps not.   I know that not all women have "fluid" integrity and some are not manipulative.   I don't think Mark or Bill are bad people -- just guys with too much ambition and too little talent who got in my way a long time ago.  Such negative energies are common in our culture and have brought us to the brink of ruin -- but, that's another story.


There was a time when I hated Mark Israel.  Replaying my story of him brought me to a very angry and disconnected state.  But I found, too, that I could replay a story of one of many encounters with Cornelius Tobias - one of my favorite professors at Berkeley - and shift to very different pattern.  Just finding "Toby's" picture a few minutes ago brought a smile, ease and an inspired appreciation for brilliance in science as I write this article.   Then, of course, there is Betty Kutter, my first mentor who guided me on the path to scientific investigation, and there was teaching physics at Berkeley with Owen Chamberlain (Nobel Prize for the discovery of anti-matter), and even a wonderful moment with Linus Pauling.  If you walk into the room when I am thinking of times spent with either of these wonderful souls, I will be vibrating with an inner smile and an open heart.

The point I'm trying to make is that within us are numerous channels of vibrational energy that projects the personalities we identify with.  The good vibrations carry a healing energy -- not-so-good ones are toxic.  If you find yourself in a toxic situation, ask which vibrations you are tuned in to.  Shifting between stories causes a shift in my projected being.  "I" don't change, but the energies that drive me do.  Some spiritual teachers refer to these as entities or spirits that inhabit our bodies.  I don't know, but I can appreciate why they describe them in that way.  It's difficult for the mind to distinguish between story and present tense illusion ("reality").  The circuitry of the mind reacts to either.  Thus, as others have said, suffering is a choice.

This brings me to a vision I had in deep meditation a few weeks back.  I saw my vessel floating on a dynamic, flowing ocean of energy.  The ocean contained many currents -- each representing a vibrational energy.  We're rarely aware of the currents, but we learn to shift among some of them intuitively without knowing much about them.  Some currents felt familiar and personal while others seemed to embody other beings - living or dead.  They can be navigated and utilized purposefully.  A skilled navigator selects the currents that will take him in the direction he desires.
Posted by Lee Jensen